The “ Maasai Mara “ Photographic Safari takes you to the National Reserve of the same name. It was named for the Maasai people who inhabit the area, and for the Mara River, which flows through this great reserve. It shares a border with Tanzania’s Serengeti National Park and is essentially a continuation of this park, forming the Serengeti-Mara ecosystem. It is home to an excellent year-round concentration of game and is renowned for its annual visit by the two million animals between July and October that make up the Great Migration. Covering an impressive 1 115 km² (430 square miles), the Masai Mara is a land of breathtaking vistas, abundant wildlife and endless plains. This wildlife haven is host to great variety of animals like Elephant, Hippo, Buffalo, Gazelle, Giraffe, Lion , Cheetah and Leopard which will present endless photo opportunities. The Mara River itself is also famed for its enormous crocodiles.

The safari camp we will be using in Maasai Mara has been chosen very carefully in the heart of the Mara North Conservancy ( MNC ) giving you access to all the important Mara River crossing points while also giving you access to areas of the Conservancy away from the crowds. The Mara North Conservancy is a not-for-profit company. The Conservancy is a partnership between twelve member camps and 788 Maasai landowners. The aim is to create a best practice, world-class Conservancy with long-term commitments to the environment, wildlife, and local communities. MNC is one of the most populated wildlife areas within the Masai Mara ecosystem. It is home to the Leopard Gorge, a vital birthing and maternity ground for the big cats made world famous by the BBC’s Big Cat Diary, as well as the scenic Lemek Hills, an important refuge to highly threatened African wild dogs. During the Loita Hills migration (December to May), thousands of local wildebeest come to the Mara North Conservancy.

Elephant Pepper Camp is nestled in a grove of elephant pepper trees after which the camp was named. The Mara Conservancy is a prime wildlife area all year round and offers a high quality game viewing experience, in fact game viewing starts right from the camp itself. This is great predator territory so Lion and Cheetah sightings are guaranteed. We will also be on the lookout for the elusive Leopard.

During this Photographic Safari we will be in a private concession which means NO gate times to adhere to and the possibility of going Off-Road if the photo opportunity requires it. This is something that cannot be done in the public areas of Masai Mara and has to be considered as a definite plus of this safari.

Led by Mario Moreno
Max number of participants : 6
Use of private vehicle
Off-road driving in most locations
Non photographers welcome 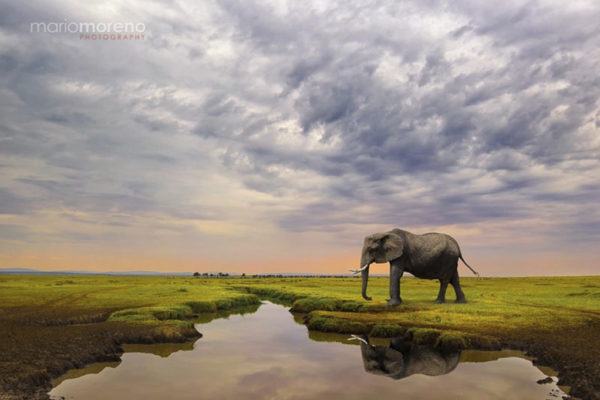 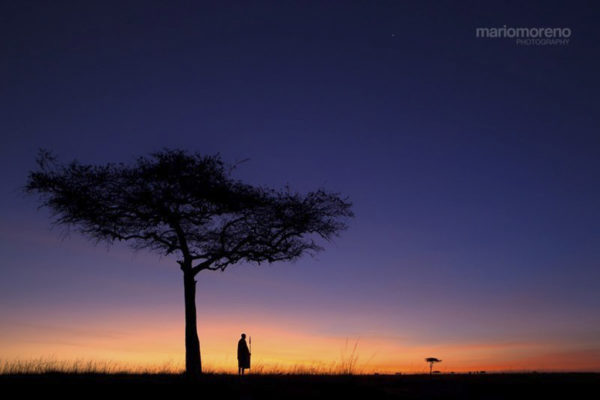 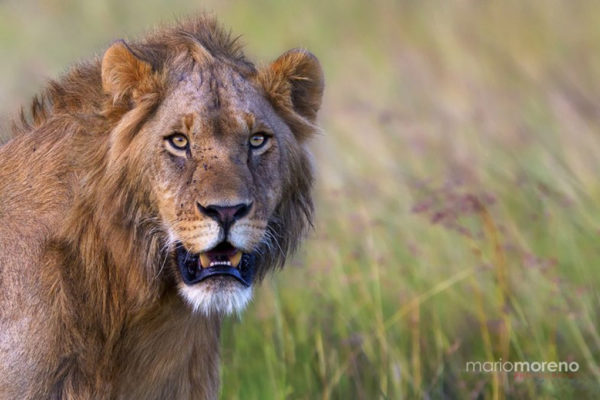 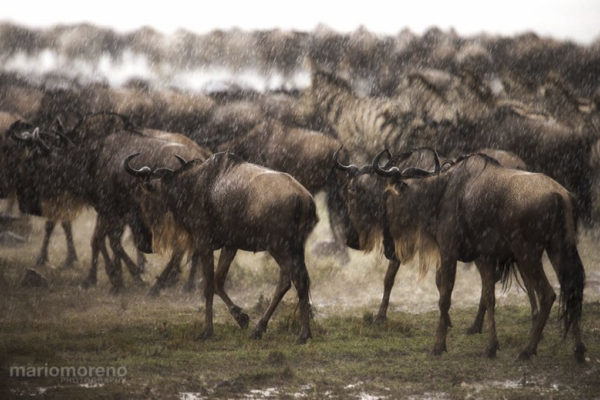 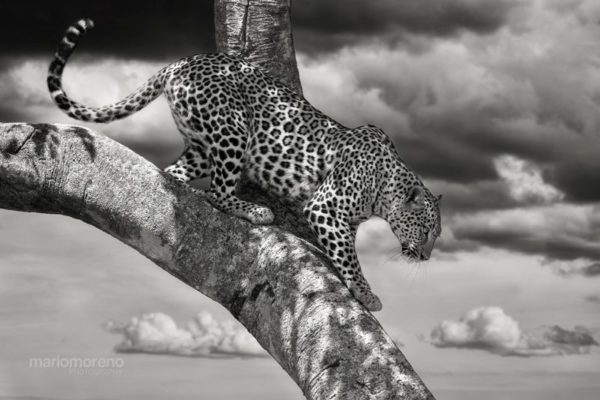 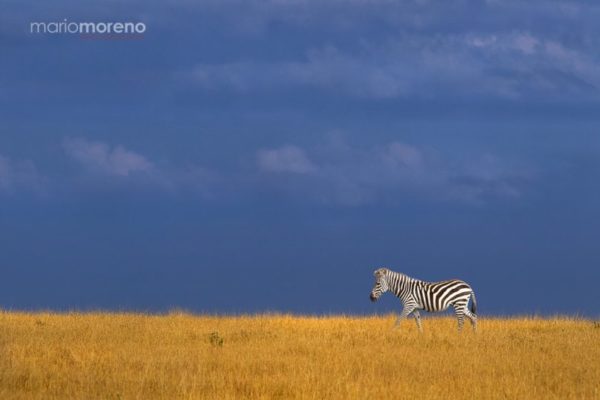 Arrival at Nairobi International Airport where you will be met and transferred to Wilson Airport. Mario Moreno, your safari leader, will be expecting you and will join you on the 45 minute light aircraft flight to Mara North airstrip. From there a short 25 minute game drive to camp. This transfer is unpredictable and could take longer depending on wildlife sightings on route. At the camp you will be briefed about the camp and shown to your tent. After settling in at the Camp you will have time to take in the stunning views of the lush surroundings or prepare your photographic gear before lunch that will be served al-fresco or in the dinning tent at 13:00 before going out on your 15:30 game drive.

Every day will start with an early morning wake up call at 05:30. Meet around the campfire for a quick coffee or tea before leaving at around 06:15 for the morning game drive. Elephant Pepper Camp will our base for your 6 night stay. From here we will explore the 30,000 acres of a private concession in search of photographic opportunities like the obvious Lion, Cheetah and Leopard among other general game like Buffalo, Elephant, Topi and gazelle which will be plentiful. We will return to camp for lunch at 13:00. Our evening game drive will start, as usual, around 15:30. After the sun has set we will make our way back to camp keeping a watchful eye on the night creatures. Night photography will also be possible on demand. At Elephant Pepper Camp, because we will be using a private vehicle, there are no strict rules so the duration of game drives will be determined by the photographic encounters that are presented before us. Dinner is served by candlelight al-fresco or in the dining tent depending on weather. During the next few days you will be woken up for tea, coffee or hot chocolate prior to leaving on your daily sunrise game drive in search of the “ Perfect Moments “. During your stay 2 full day game drives are included. These will be used to explore the main Masai Mara Reserve. A picnic lunch will be served in the bush on these full day game drives. These are also ideal to maximize our photo opportunities during the famous Mara River crossings. There will be plenty of time for casual photo talks, 1 on 1 tuition and workshops during the relaxed hours of the day for those interested. Nothing is mandatory during this safari and you dictate the pace of it.

After your last early morning drive for those last encounters we will return to camp for a hearty breakfast before being transferred to the airstrip for our chartered flight back to Wilson Airport in Nairobi where you will be transferred to Nairobi International Airport to connect with your flights back home.

WHAT IS NOT INCLUDED